Research has revealed that slips, trips and falls account for over 30% of industrial accidents, and up to 50% of accidents in the home or public places.

Simple precautions such as controlling the condition of the floor, good housekeeping and issuing appropriate footwear, suited to the type of floor, should be taken to prevent such situations, but in reality, there's very little you can do to stop aquaplaning across a slippery surface.

One such way is to select a shoe that can channel liquid into the grooves of the tread, allowing the outer surface to grip the floor more effectively.

To put it simply. Yes. Just like the structure of a car tyre, the tread on a shoe disperses liquids through its grooves reducing the risk of slipping. The best anti-slip footwear has lots of smaller cleats, pushing the liquid into the gaps and gaining better grip on the surface.

All safety footwear, under EU Regulations, should be tested to EN20345, which includes a test using a Satra designed machine that clamps the footwear in a last and lowers it vertically onto a tiled surface to replicate the weight of a person. The tile is contaminated (with soapy water for SRA rating, or Glycerol for SRBG rating) and then dragged across the horizontal plain, with the resistance being measured and converted into a Coefficient of Friction (CoF) reading. If the shoe passes both SRA and SRB tests, it is classified as SRC.

Over the years, this methodology has come under a lot of scrutiny, as it's felt that the dynamics of a typical walking action are not closely replicated. It has also been noted that the pass levels required aren't sufficient to represent the conditions in the real world.

The HSE has introduced an optional 'Grip Test', using the ramp under a stricter set of conditions. This new method involves a person wearing a pair of safety shoes to walk up and down the ramp. The surface of the ramp has a fixed CoF and is continuously contaminated with a gylcerol and water mixture. The ramp is then gradually elevated, increasing the need for greater friction, until it reaches an angle that causes the operator to slip. But of course, the operator is equipped with protective harnesses.

The angle of the ramp is measured and converted into a CoF value, and the test is repeated until a truly reliable average can be determined. Each shoe is then given a star rating depedant on its results. To put it simply, the higher the star rating, the higher the sip resistance - 1 = low, 5 = high.

Selecting the most suitable footwear for the environment can only really be determined by undertaking a full risk assessment. ERIKS supply a range of footwear that has been tested to such high standards. 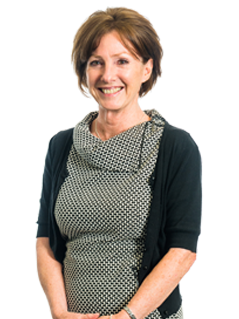